These performers will be at the festival; scroll down or click to jump down for more information.

A Means to an End 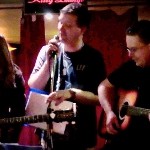 Harp and a Monkey

From their website: Memorably described as Elbow for seafarers and ramblers, the harp ‘n’ banjo driven electronica of Harp and a Monkey is imbued with a Deep Lancashire sensibility that shines through in their beautifully crafted and sometimes spooky vignettes of Northern life, love, and remembrance. The trio of Martin Purdy, Andy Smith, and Simon Jones channel the ghosts of summers spent in municipal parks and winters walking on the moors. Ask them about their influences, and they will cite Ordnance Survey maps, The Commonwealth War Grave Commission, Delia Derbyshire, bee keepers, Ralph Vaughan Williams, the M62 motorway, Oliver Postgate, the BBC, the night bus home, Alan Turing, The Pennines, Elizabeth Gaskell, freshly brewed tea, Hylda Baker, and A. A. Milne. They add, “We love everything from Beethoven to Bert Jansch and Boards of Canada.” Harp and a Monkey were formed in late 2008 and have been building up a strong following around the north of England via the old fashioned practice of relentless gigging. Leftfield yet highly accessible, their hauntological folk-electronica is underpinned by a firm commitment to classic songsmithery. The trio have been friends for more than 15 years and have their own studio above a greasy spoon in north Manchester, where the beats are fuelled by bacon butties. However, while perfectly comfortable in the studio, it is their live work that provides them with greatest satisfaction. Whether headlining at the Holmfirth Folk Festival or playing unplugged to a handful of guests at a house gig, this is the setting where Harp and a Monkey come into their own – and there’s nowhere they have played where they haven’t been invited back. We say: Harp and a Monkey are the bastard sons of the Oldham Tinkers locked in the BBC Radiophonic Workshop with only the British Film Institute back catalogue and a handful of scratchy folk LPs from the early seventies for company. They say: “The two stipulations we made when we started Harp and a Monkey was that we wanted to gig a lot and for it to sound ‘British’. We are happy at how close we have come to that remit on both counts.” Harp and a Monkey are Martin Purdy (vocals/ glockenspiel/ electronica/ accordion), Andy Smith (banjo/ guitar/ melodica/ electronica), and Simon Jones (harp/ guitar/ strings/ electronica). 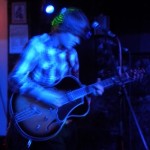 Kai is a new acoustic solo artist. He’s been writing songs for a few years and is now starting to perform.

Kai Swarvett will play from 4:00pm to 5:00pm in the main church hall (the one with the stage).

The Lippy Kid Electronica project is the creation of Chesterfield-based musician Paul Scott. Launched at the start of 2012, through the Lippy Kid project, Paul aims to create Thematic, Danceable melodies from Minimal, Techno Loops. Lippy Kid absorbs an array of musical influences from David Bowie, Radiohead, the Manchester Rave Scene to Donna Summer with inspiration from electronic artists such as Sweden’s Axel Willner aka The Field and Gold Panda. Throughout 2012, Paul has had a series of releases, including the Love To Infinity EP, a collaboration with the charity Action Aid; his first full album release Celluloid; and more recently the English Rain: Remixes, a collaboration with Derbyshire-based folk singer Tribe of Juan. The album Celluloid has been well received with critics describing it as “harking back to the days of 8O8 State’s Quadrastate, echoing the sounds of modern cities in the way an ultra-slick metro train might hurtle down the neon tunnels of a Blade Runner-era Japan”. Paul admits that is lovely to receive such positive feedback over the project’s music and to know that people are enjoying it in whatever way they wish to. The key motivation for the project, however, remains the possibilities it continues to create to collaborate with other local Derbyshire-based artists, sharing ideas and inspiring others to discover a creative side they may have once thought lost.

The Curtain from the Néron Minimal album 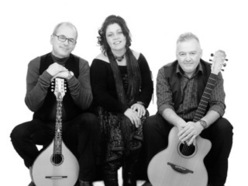 Formed in mid-2012, Raintown Seers is a trio of musicians from the Northwest of England who together produce a unique blend of acoustic music with roots in the folk traditions of both sides of the Atlantic. Each with their own rich and lengthy musical experience, the three members bring diverse influences and instrumental skills; the carefully chosen material combines traditional, contemporary cover versions and outstanding original songs. Raintown Seers consists of: Steve Hyde – a multi instrumentalist and folk enthusiast who has been playing and teaching traditional music and dance for over 40 years. He has played in various Ceilidh bands, folk bands as well as for the Morris. Steve lived in Wales for over 20 years running his own Welsh Twmpath band, Thingumajig, and played Melodeon for Dawson Smith and the Exiles. Steve has taught classes and lectured in folk culture, music, and dance both here and abroad. In 2009 Steve succesfully researched and revived the Llantwit Major Mummers play which had been lost for many years. As well as the Melodeon, Steve plays Mandolin, Mandola, Banjo, and Accordion. Neil Fisher – plays Guitar and sings; adds an occasional bit of Mandolin as well. Neil is a comparative late-comer to traditional music, having cut his performing teeth in rock and blues during the 80’s and 90’s. To say that Neil brings musical influences primarily from the US side of the pond (particularly having spent 7-years living over there) would be an oversimplification. In the last decade he has immersed himself in the UK contemporary folk scene, and is an avid follower of the likes of Lakeman, Moray, and SOH. Neil is a songwriter and cites the two Steves from opposite sides of the Atlantic, Earle and Knightley, as his major influences. Lisa Lovatt – Lisa’s musical back ground is as diverse as the others, including a lengthy stint singing lead for New Mills-based outfit North South Divide.
Free embed music player from ReverbNation.com

Raintown Seers will play from Noon to 1:00pm in the main church hall (the one with the stage). 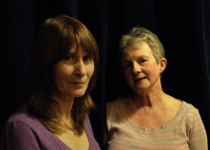 Karen Heywood and Liz Turner originally met in Hamburg during the 1970s when they sang in folk bands. They performed at the British Embassy, various festivals, and were support act to Christy Moore. Three years ago they re-formed as a duo singing traditional and contemporary folk songs, both a cappella and accompanied. In 2012 they took part in the Buxton Fringe Festival. “Superb harmonies blend effortlessly” — Midlands Folk Monthly

Hear them on soundcloud or on Nottingham Community Radio‘s World of Difference programme with Roger Williams!

Roaring Owls will play from 7:00pm to 8:00pm in the main church hall (the one with the stage).

Stuart started playing guitar in 1962 after hearing The Shadows. That same year he was introduced to the blues of Robert Johnson, Leadbelly, Tampa Red, Snooks Eaglin, and many others. Shortly before the untimely death of Alexis Korner, Stuart joined him on stage playing slide. He has toured with Victor Brox playing clarinet, saxophone, mandolin, and slide guitar. His repertoire includes blues, children’s songs, jazz standards, American civil war songs, music hall, country, 60s hits, and London pub favourites. He gives each of these genres a “delta feel they never knew they had!”

Stuart Mortimore will be busking during the festival.

The Furthest Point from the Sea

Independent Music & Arts for the Midlands

The Furthest Point from the Sea will put on a full day workshop on the grassy area behind the church. 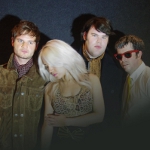 A girl-fronted rock and roll band from Manchester, recently getting air play on BBC Introducing and out supporting legends The Buzzcocks. They have also had their track “Beat up my brow” featured on Manchester City Football Club’s Citybeats music mixing app. They are releasing their debut EP on 21st January 2013 on Red Zephyr records through all good digital outlets and through Spotify. The EP includes their previous single “It Hurts.” The music video for this single won the Music Video category in the Film The House competition in October 2012. It also featured on filmmaker Kevin Smith’s SModCo podcast Tell Em’ Steve-Dave.

The Systematics will play from 3:00pm to 4:00pm in the main church hall (the one with the stage).

The Performers – The Stands – The Stalls – The Live Acts – The Workshops